A backlog of nature pictures + a finished tape creation

In late May, I saw something really cool in my backyard: 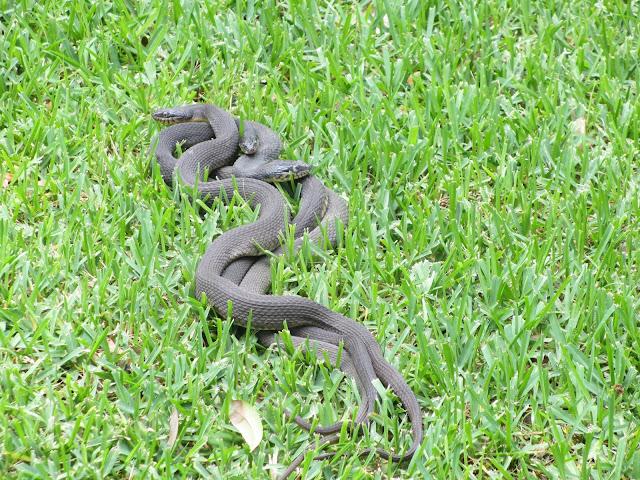 Three snakes, intertwined, slithering through the grass. They stopped moving when approached for pictures, but went back to their slithering through the yard when left alone. They made their way down to the backyard bayou, where they were seen by a young yellow-crowned night heron, who looked extremely interested and followed them for a while at a safe distance. Always exciting to see just one snake; even more so to see three at once!

In late July, I discovered the largest live moth I've ever seen, roosting in our patio. 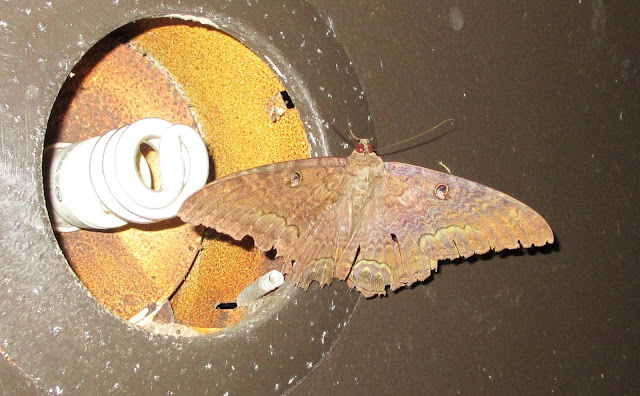 It's a Black Witch Moth (Ascalapha odorata). I only found it because I was going back out to my studio to retrieve something I'd left behind earlier in the day. It was lurking by my studio door, and it took me a while to realize what it was, thinking at first that it was a strange triangle of rusted metal. When I opened the door, it took flight - and having never seen a moth so big flying around, I have to say I found it pretty startling!

We found the moth again the next day: it had moved around to the back of the house to roost for the afternoon. A nice opportunity to get some up-close looks, and more photographs!

I see lots of giant bugs in my current place of residence, which I do believe is one of the great perks of this area! Each year seems to bring forth a newer, bigger, better bug. Very happy to have seen such a wonderful moth this year.

In late July, my brother found another giant, buggy friend: the eyed click beetle (Alaus oculatus). We've seen these before - they're fairly common - but it's still always a treat to spot another one. My brother had a brief photoshoot with this one before releasing it. 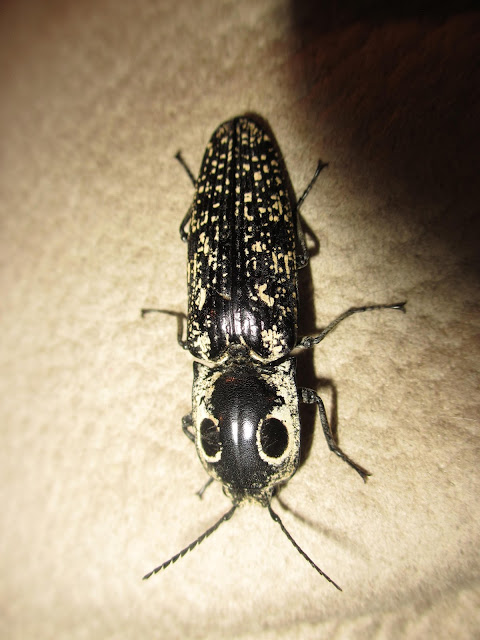 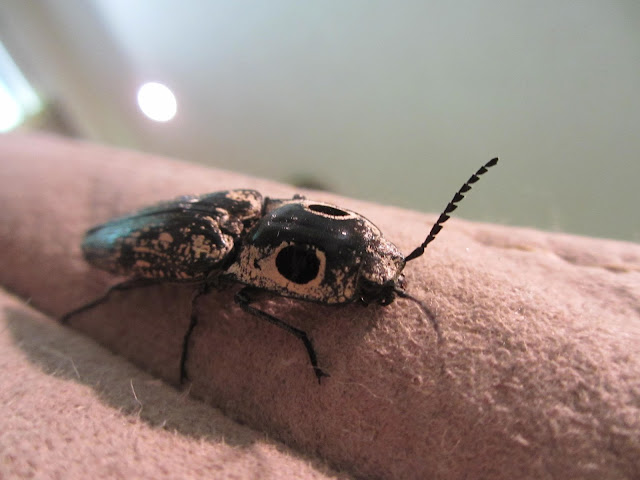 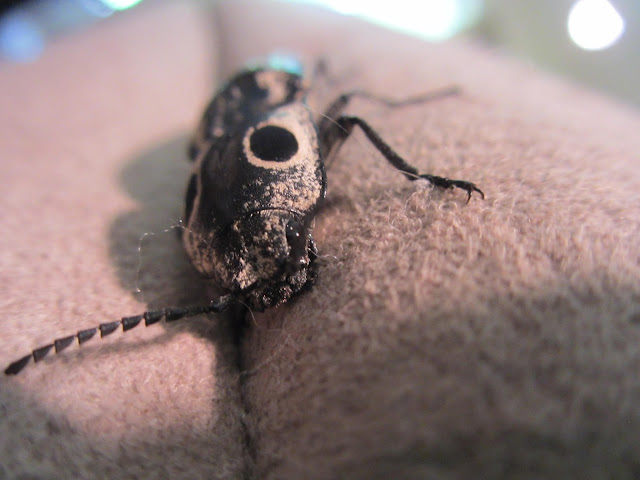 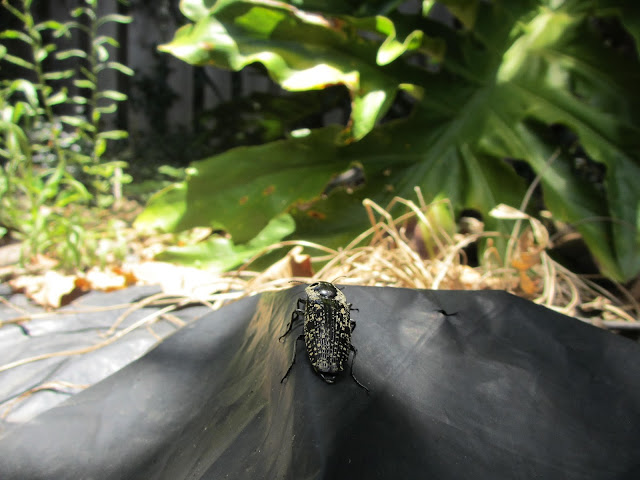 He also took this lovely picture of a city mockingbird, back in February:

Last but perhaps not least, I did eventually finish my little recreation of one of Joan Miró's paintings in tape! I made a post back in April showing it as a work in progress, finished it in May, and now I'm posting the finished work finally in almost-September.

I'm currently working on four major artworks (it used to be five, but I just finished one painting!). Three oil paintings and one colored pencil piece in progress. They involve snakes, birds, cats, and various lizardly creatures. I should be posting about at least one or two of those soon!

Hopefully we can all have more awesome nature sightings through the rest of the year.