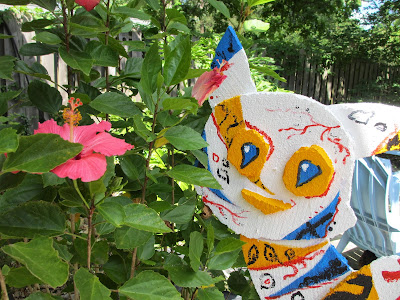 So, once upon a time, in a funky little art class, I made myself a gigantic styrofoam cat.

And when I say giant, I really do mean it, because here it is next to a regular cat and an average adult human's chair:

I always decide to be a little ambitious. Most of the sculptures were not quite so tall (and they were still lovely!), but I've been doing this "art" thing for a while now, so I feel like I need to push the edges sometimes. Could I have made a much smaller cat? Yes. Would that have been a lot easier? Yes. Why did I want to make a cat sculpture that is larger than most children? Maybe to hear said children pointing it out with awe and wonder. That's definitely pretty rewarding.

Painting it took forever. That's what always happens with sculptures like this. The building is one thing, the painting is a whole 'nother ball game and usually takes twice as long and always takes more time and more effort than I think it will. You'd think I'd have learned that by now. It's the painting, not the building, that caused me to work overtime on this thing.

This thing was assembled from sheets of styrofoam, glue, and toothpicks. It's that easy. Some pliers to snip off the ends of the toothpicks, a little saw to cut and carve the styrofoam. The paint is just regular acrylics. It is worth noting that during the carving process styrofoam dust gets everywhere and requires a lot of vacuuming to clean up. 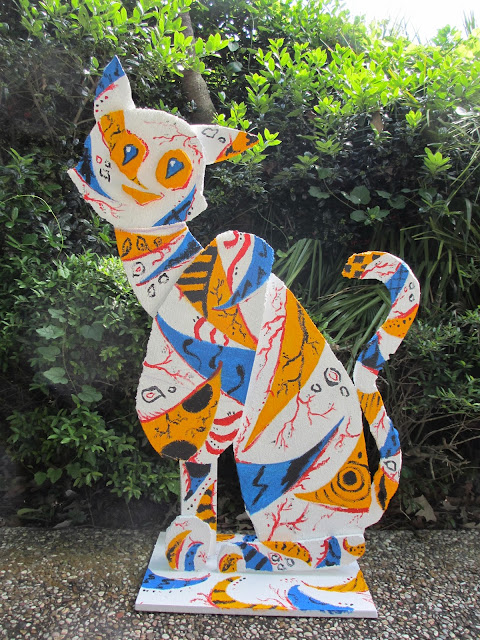 I don't really have a great place to put this thing. It's in my studio right now, keeping watch over my stuff, but that's not the most glorious place for it. And I don't know who would want a giant styrofoam cat, but this thing is totally for sale. So if you know anyone who wants a strange giant cat, hey, I've got one. 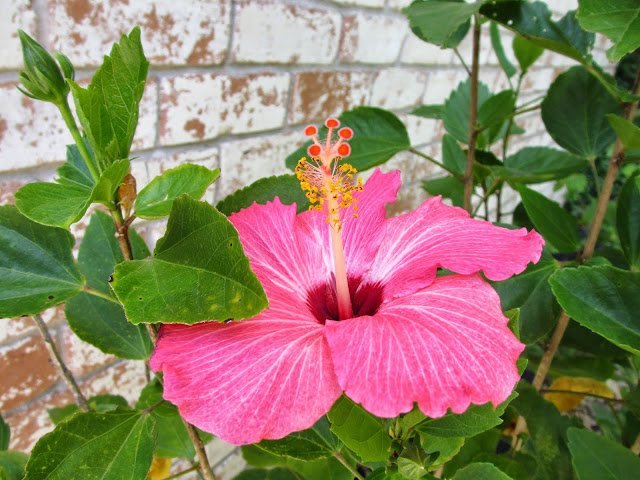